You are here: Home / Gardening / 10 Best Peppers to Grow in Containers

Thankfully, there is an option. You can grow many types of peppers in containers, though some grow better and easier than others. Here are the 10 best peppers to grow in containers, as well as some tips for growing peppers.

The 10 Best Peppers That Grow Well in Containers 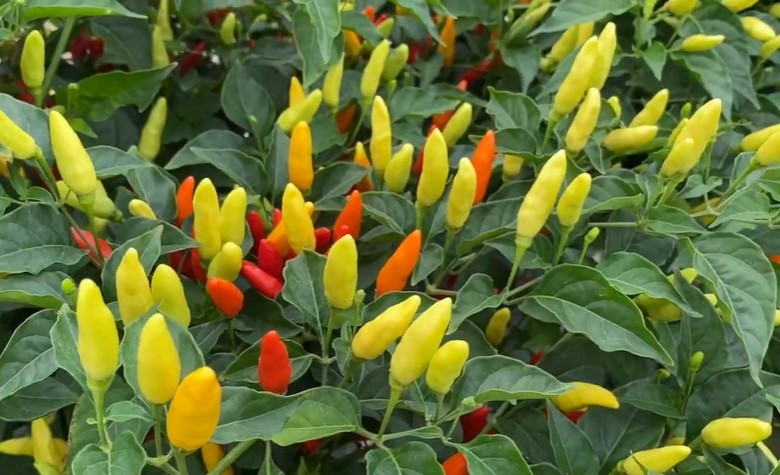 If you like spicy food, you surely like Tabasco sauce. This pepper isn’t much different. It is a bright, fiery red color, and it’s certainly spicy. It also has a sour, yet smokey flavor, which is also quite reminiscent of everyone’s favorite spicy sauce.

The tabasco pepper plant is actually a perennial pepper, which means it can come back year after year. However, most people find that the best harvest comes from a fresh plant, so they usually plant a new one each season. 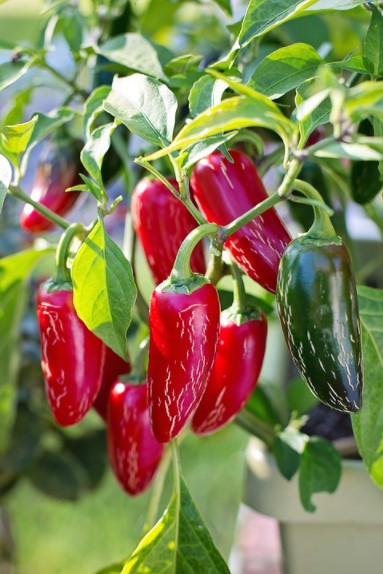 If you want something that is both easy to grow and delicious, the jalapeno pepper is where it’s at. Jalapenos are fast growing, in only about 75-80 days, and since they have a short growing season, they are perfect for people who live in cooler climates.

The jalapeno is typically picked when it’s green, which can be quite spicy, but if you let it ripen up a bit until it turns red, the pepper has a beautiful taste with a milder heat. 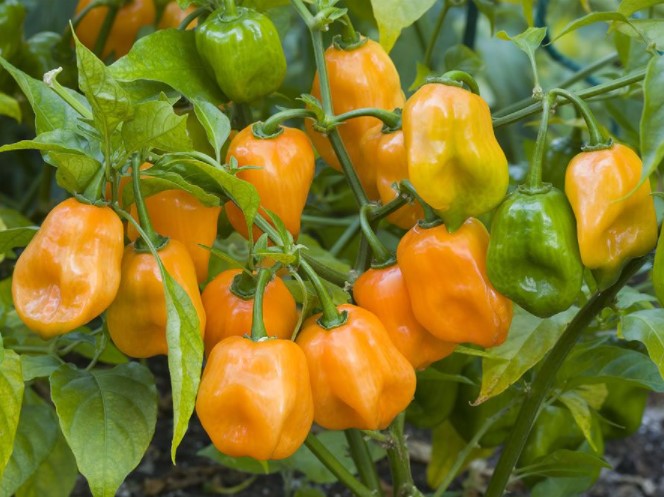 If you are looking for some serious heat, you will certainly want to add a habanero pepper plant, or two, to your container garden.

The color of the Habanero is a brilliant orange, and though it looks small, it has a pretty big bite! If you eat the pepper raw, you will get the most heat out of it. When you cook the habanero, however, it gets a bit sweeter and is more mild.

Keep in mind that the habanero requires a warmer climate to sprout, and it takes a few months for the plant to grow into maturity. 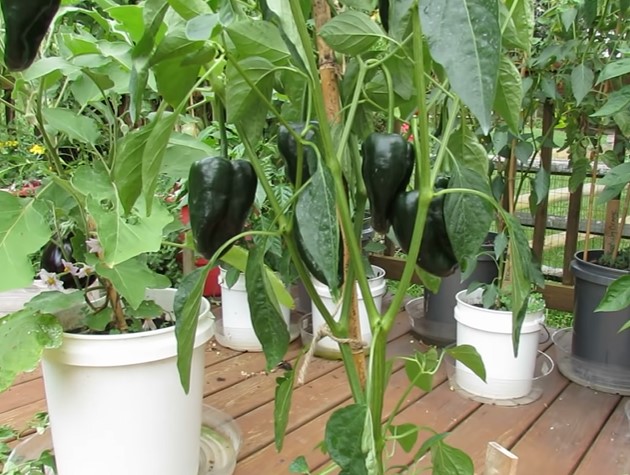 The gorgeous poblano pepper is a mild option for those who love the taste of peppers, but don’t love a lot of heat. These peppers are also larger than others, and they are commonly served in dishes like chile rellenos, stuffed with fillings like melty cheese.

This is an easy pepper to grow, and often are mistaken for bell peppers. Because these peppers are large, you need a large container and possibly a stake to support the branches. 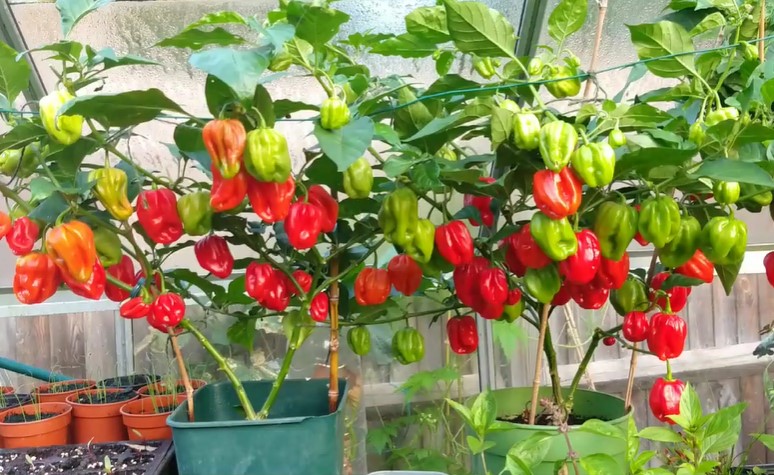 You might know of the scotch bonnet pepper if you like foods such as jerk chicken, as it is the primary spice in this common Caribbean dish.

The scotch bonnet looks similar to the habanero, but they can really be so much hotter. In fact, when you harvest these peppers, which tend to grow quickly, you should not only wear gloves, but also some type of eye protection. These peppers can burn the eyes and skin. 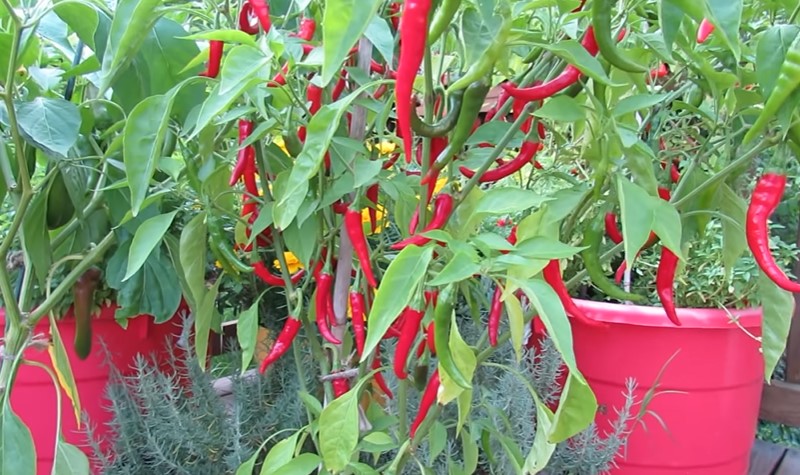 If you are like most households, you likely have a jar of cayenne pepper in your spice rack, but you can easily make your own by growing these peppers in a container.

The cayenne pepper is thin and small, and they grow quickly. These peppers are also small, so they are a great option for people who have limited space. 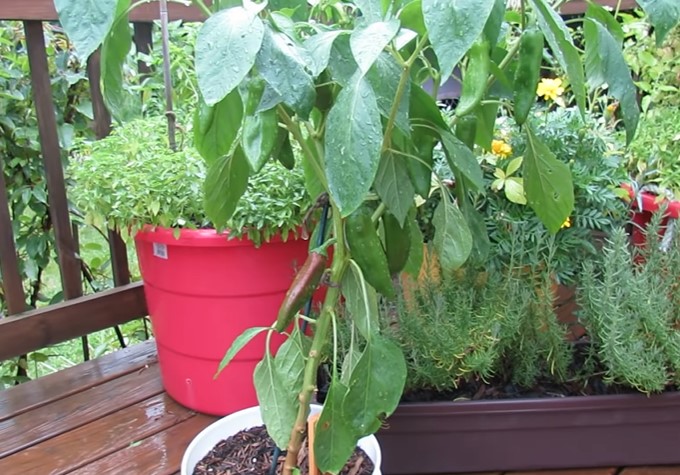 If you like to make your own salsa, you certainly want to grow the Anaheim pepper in your container garden. This plant grows tall, and it produces brightly colored red peppers that are simply delicious.

The Anaheim pepper, like the Poblano, is also often used in chile rellenos, thanks to its large size and milder taste. 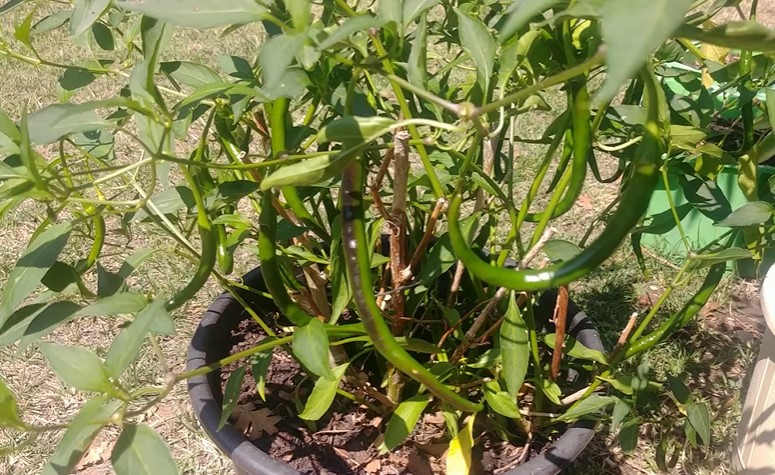 Some like it hot, and if you are someone who does, you surely have to add the Thai pepper to your container garden. These peppers are quite small, but they have a big bite, and are some of the hottest peppers out there.

They are so hot, in fact, that they are often used as an ornamental pepper, but many heat-seekers will take some of these peppers and toss them in your stir fry or your favorite spicy noodle dish. 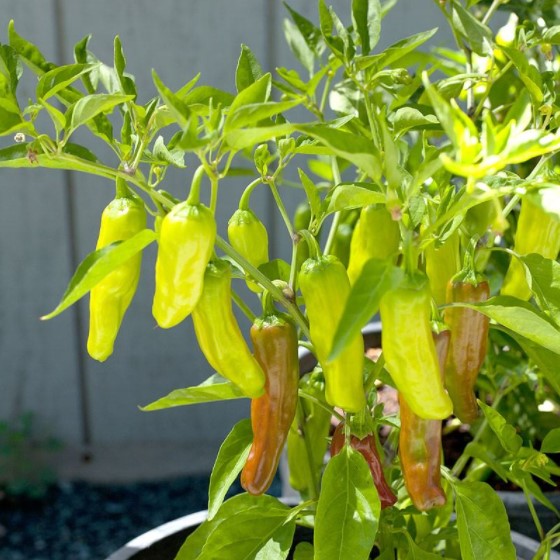 For people looking for peppers that are a bit on the sweeter side, as opposed to spicy, you will love the pepperoncini.

Often pickled or served on sandwiches, this pepper is easy to grow in a container, and if you let them grow, they will turn red and get sweeter. 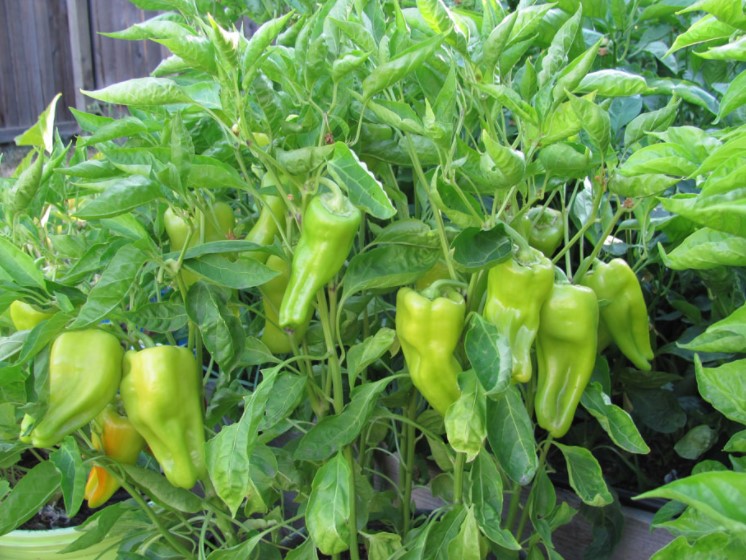 The cubanelle pepper is a wonderful option for people who like the taste of the common bell pepper, but who also like a little spice in their life.

Tips for Growing Peppers in Containers

Now that you know the 10 best peppers to grow in containers, you might be wondering how to make the most of bounty you can achieve. Here are some tips:

Speaking of the container, you also need to ensure that you choose one that is the right size. Most pepper plants can be grown in containers as small as 8-inches, but it also needs to be quite deep, between 10 and 12 inches. 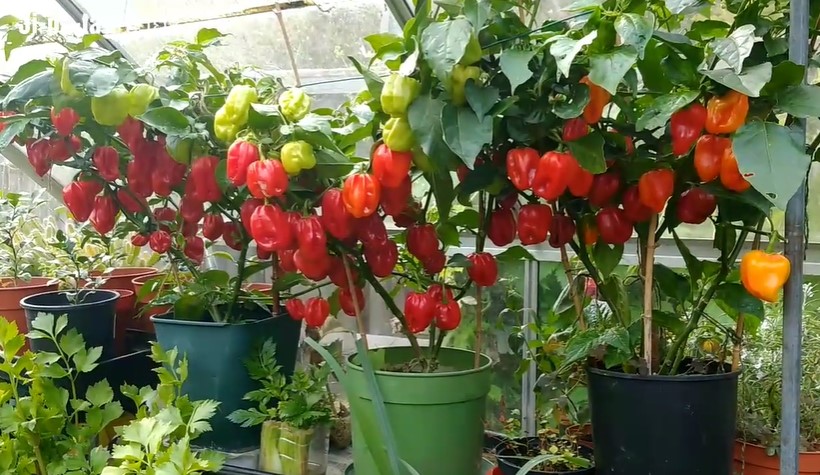 Using container soil is also important when growing peppers in containers. Though some people may try to simply use dirt from their yard, this definitely isn’t the best option. Instead, you can get container soil from your local garden center.

Though some peppers grow quite quickly, most are slower growing, so they require a few months to grow to maturity. So, if you are planting from seeds, start them inside and then transplant the seedings into the chosen container, or buy established plants.

Growing pepper plants need a lot of water, and those grown in containers need even more. So, it’s best to water each day, unless it rains. You can always check if the plant needs water by sticking your finger about an inch into the soil. If it’s dry, you should water.

You also need to fertilize your pepper plants, and you should do this about every two weeks. A balanced vegetable fertilizer is totally fine to use, but you can certainly find fertilizer that is especially made for peppers.

One thing that people can struggle with when growing peppers is that they can get top heavy. So, you need to consider staking the pepper to support it. This is most common in larger pepper plants like bell peppers or poblano peppers.

It is also good to get into the practice of harvesting your peppers when they are ripe. Many peppers are best when they are green, but there are certainly pepper varieties that should ripen past that for the best flavor.

Keep picking the peppers as they grow, too. The more you pick off, the better the plant can produce.

Though most pepper plants require a lot of sun, if it gets too hot, the plants can stop producing. So, if the temperature is hot for several days in a row, consider moving the containers to a cooler spot until the temperatures cool down a bit.

Pests and peppers might be a problem, even if you are growing them in a container. Insects like corn borers or aphids are common. If you notice them, move the containers away from others, and then wash the leaves with soapy and warm water.

You also might see yellow or black spots on the foliage of your plants. This is called bacterial leaf spot, and it can spread very quickly. So, if you see this on a leaf of your plant, simply cut off the leaf to stop the spread.

Blossom end rot is also common for pepper plants, and it causes the end of the pepper to get brown and mushy before the fruit is ready to harvest. This is generally caused by too much calcium and can be stopped by being consistent with watering and fertilizing frequently.

Peppers can make a wonderful addition to many dishes, and there is a great sense of pride when growing them yourself.

You can not only enjoy the taste of peppers, but also the beautiful colors that most of these plants produce. Plus, since you can grow them in a containers, they don’t take up a lot of room, meaning you can grow them almost anywhere!